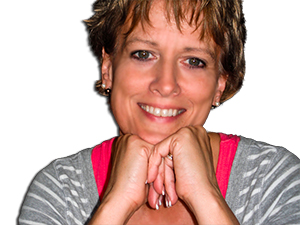 Matthew 26:21-22
And as they were eating, he said, “Truly, I say to you, one of you will betray me. And they were very sorrowful and began to say to him one after another, “Is it I, Lord?”

It is amazing to me how at this point the disciples all realized that any of them were capable of falling and ‘betraying’ Him and yet a few verses later when they realized it was Judas they all became full of themselves saying they would never betray Him or be scattered when the soldiers were going to take Him away. They were going to die for Him if necessary. Then when the soldiers came they were all scattered and Peter denied Him three times just as Jesus said he would.

It is always easy to look at what someone else has done and to believe that we would never do that, but……. The Bible tells us to be careful to not get too caught up in being proud and even in this chapter of Matthew Jesus told Peter to watch and pray so he wouldn’t fall into temptation. We need to be careful that we don’t get so caught up in what someone has done wrong that we allow Satan the chance to have a foothold in our own lives as well as keep the other person down, feeling as though they can never be forgiven. I have watched before when a man of God has made some serious mistakes and sinned against God and his family and the men and church who should have walked with him to bring him back to God were so caught up in what was done they never wanted to talk to the man again. Really? “Let him who is without sin, cast the first stone.” When we are too proud and “righteous” to forgive someone who is repentant and yet Jesus is and He died on the cross and shed His blood to forgive, what does that make us? If someone is repentant and wants to have their relationship with God back it is our duty to help them get there for the glory of God. That doesn’t mean they are necessarily restored to their position, but the goal is to see them become men and women of God again and God can still use them, He used King David after murder and adultery.

In Mark 16 when it talks about the angel talking to the ladies who had gone to the tomb He told them to go tell the disciples ~ and Peter that He was going before them into Galilee. Jesus goal was to help Peter see that He would still be used by Him and His goal is always to restore those who are repentant.

I have been on both sides of that fence, for some time I was a “pharisee of pharisees’ caught up in all of the legalistic rules of what “looked right” and I did follow God with my whole heart but I was too judgmental. And, I have been on the other side of the fence, not living right and being the brunt of others judgment when they had never walked a day in my shoes. Neither one of those are pretty to God! We are to be like Christ, we are to love as He loves, forgive as He forgives and walk in a way that shines His example wanting everyone to know and serve Him with their whole heart!

Let me encourage you today to not get caught up in what anyone else has done other than to be Jesus to them in whatever way He leads, Focus on God and your walk with Him and be all you can be today for God.

Quote:
“If we spend our time judging others, we don’t have time to love them.” Mother Teresa